Bringing Your Industry Back Home: Advice for Australian Manufacturing

Industrial tanks can become clogged up with deposits or contaminated with debris. If this happens, then a tank can't work to optimum efficiency. These problems are often fixed with an oil flush. A flush goes through the tank's system and removes blockages, debris and foreign objects. When might you need to bring in oil flushing experts to work on your tanks?

1. After You Install New Equipment

Some tanks and industrial systems benefit from oil flushing before you start to use them. Here, you run a flush through the whole system to make sure it is up to scratch. This pre-operational flush ensures that the system is good to go when you start using it.

Bear in mind that you should also think about flushing out any tanks or systems that have been out of use for a while. If you're about to start using a piece of equipment that has been shut down, then you need to make sure that it is clean.

2. After a Parts Failure or Repair

Sometimes, you know exactly when to run an oil flush. For example, if you know that a contaminant has got into a tank's system, then you need to flush it out to make the tank safe to use again.

However, you might not realise that you should also consider using a flush after a tank or system has had a repair. For example, if you've needed to replace a failing filter or damaged pipe, then the problem might have left dirt, rust or tiny pieces of metal in the system's oil reserves.

If you leave this debris sitting in the system, then it might cause damage. It might contaminate the oil or clump together to cause a blockage. A simple post-repair oil flush ensures that your repair, and the problem that caused it, doesn't cause any other problems in the future.

While you might not need to do any extra work after some oil changes, there are times when you should add a flush to the process. For example, if you're changing your oil because it is old, degraded or sludgy, then you don't simply want to put new oil in the system without cleaning the system first. The new oil could pick up contaminants from the old oil.

A flush is also a good thing to do if you want to switch to using a different kind of oil in the system. You won't know if the new oil will be compatible with the oil you use now. So, it makes sense to clean all traces of the old oil out before the new one goes into the system. 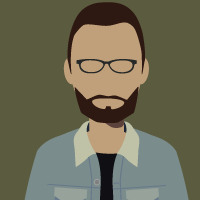 Manufacturing abroad in countries like China and India can be a great cost-saver for new companies, but what happens when quality becomes more important than price? While foreign manufacturing can result in high-quality products, it's hard to control what's happening in another country. If you think it's time to bring your industrial efforts back home and start manufacturing your products in Australia, you've come to the right place. This blog is full of tips, tricks, ideas and advice for companies looking to take control of their production to increase quality. These posts will help you bring your products to the next level right here in 'Oz', no matter what industry you're in.